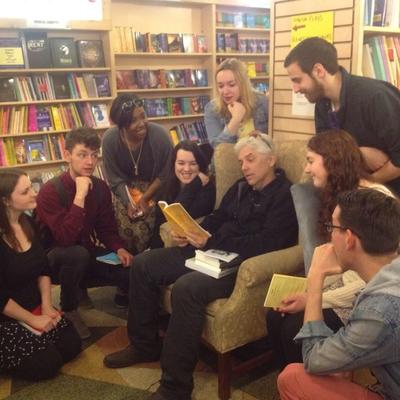 For the fall of 2018 The University of Scranton Players are presenting two productions: The Laramie Project and The Beyoncé.

The Laramie Project was originally written by Moisés Kaufman & The Members of the Tectonic Theatre Project and
directed by Bob E. Gasper.

“In 1998, 21 year old college student Matthew Shepard was found brutally murdered on the outskirts of Laramie, Wyoming. His death made national news and changed the way that the country understood itself. The Laramie Project explores the town of Laramie, Wyoming through interviews collected by the Tectonic Theatre Project. It’s a profound portrait of a community grappling with it’s own sense of justice and identity.”

Auditions for the show were conducted August 29 & 30 at 7 p.m. and September 2 at 4 p.m. in the Studio Theatre, McDade Center for Literary & Performing Arts (CLP).

The Beyoncé was originally written by Eliza Bent and directed by José Zayas.

‘It’s more fun to say than fiancé.’
What happens when Chekhov meets the wedding industrial complex and social media infused lives of the contemporary world? You get The Beyoncé, an ingenious, charming take on Chekhov’s 1902 short story, “The Fiancée.” Playwright, actor, and theater maker Eliza Bent will be the first Humanities Initiative Artist in Residence. She will conduct a talk back following Sunday’s performance.”